The 2018 Pucker Up Campaign

The 2018 Pucker Up campaign has come to a close with a great response from our members and the public.

We asked our POGP members to promote sexual function and dysfunction in the first two weeks of February building up to a Valentines Day climax.

The campaign was first run in 2017 when we wanted to find opportunities throughout the year to promote health issues to men and women whilst also promoting our physiotherapy specialism. Posters were developed for members to use as they wish either to hand out as leaflets, advertise in poster form or showcase on personal social media feeds. Healthy debate surrounding the poster pictures this year has meant we provided editable versions where different pictures or wording can be used. A hammer representing strength for men and an image of red lips for women were designed to be eye catching to passers-by but do not obviously represent our diverse population. Next year we will provide the posters image free and look forward to seeing our members get creative!

Our public relations officer Amanda Savage worked hard behind the scenes promoting the campaign and its message to various media sources. The CSP wrote about the piece and their article can be here http://www.csp.org.uk/news/2018/02/13/physios-valentines-campaign-encourage-men-women-pucker

We would like to take this opportunity to thank all our POGP members that got involved and promoted this fantastic campaign, no matter what you did, big or small. We should also thank those members of the public that took the time to read our information and have since got in touch or sought help with a subject that is often thought of as taboo. 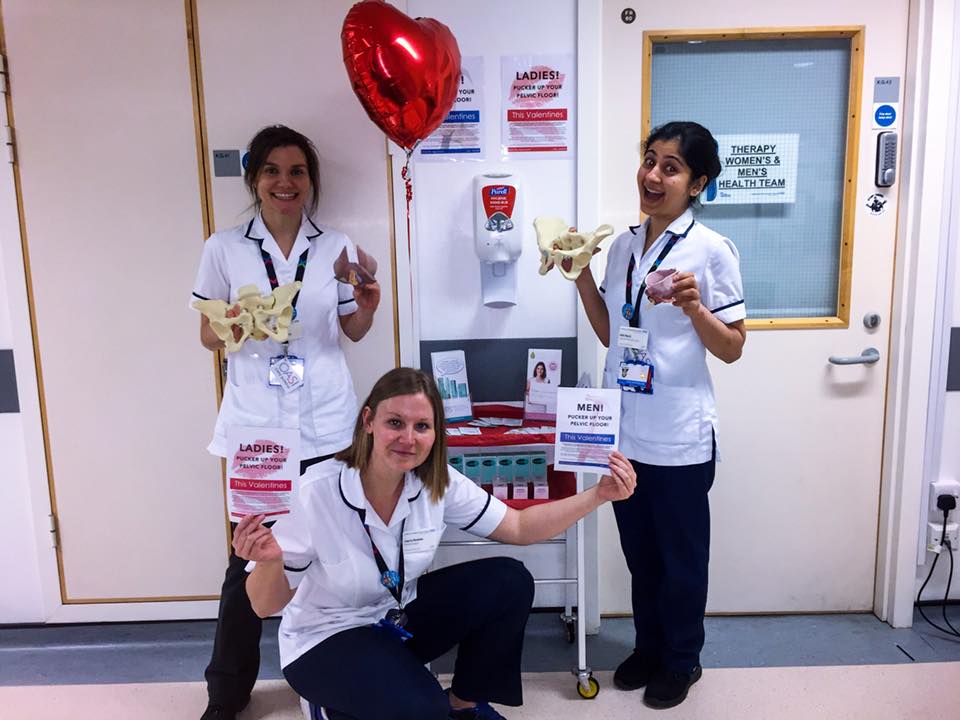 The team at Chelsea and Westminister showcasing their Pucker Up campaign 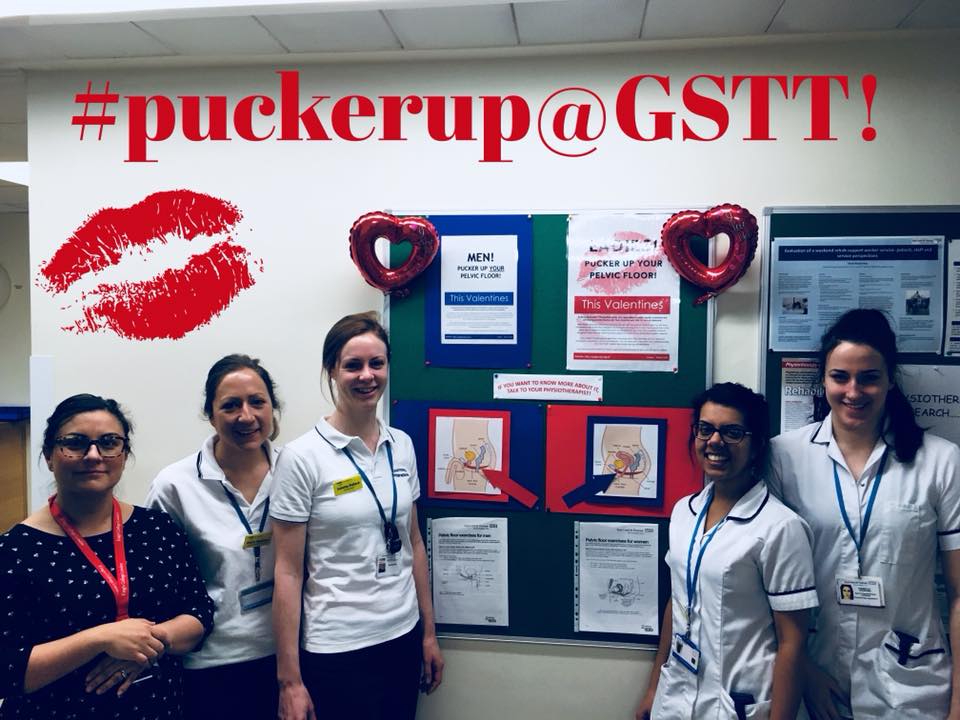 The team at GSTT show casing their Pucker Up Campaign 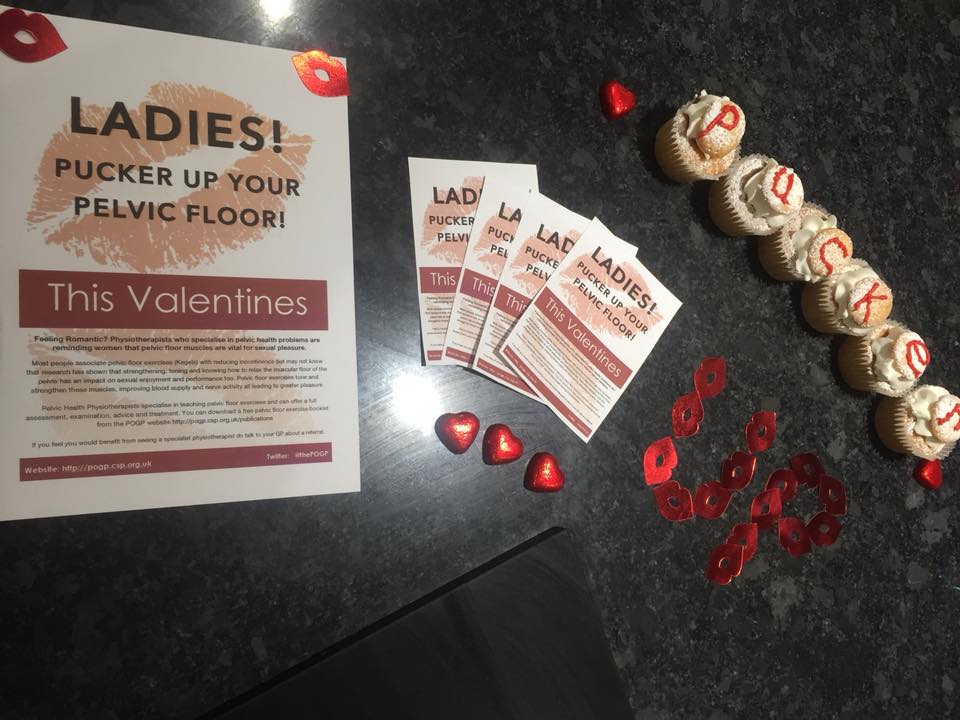 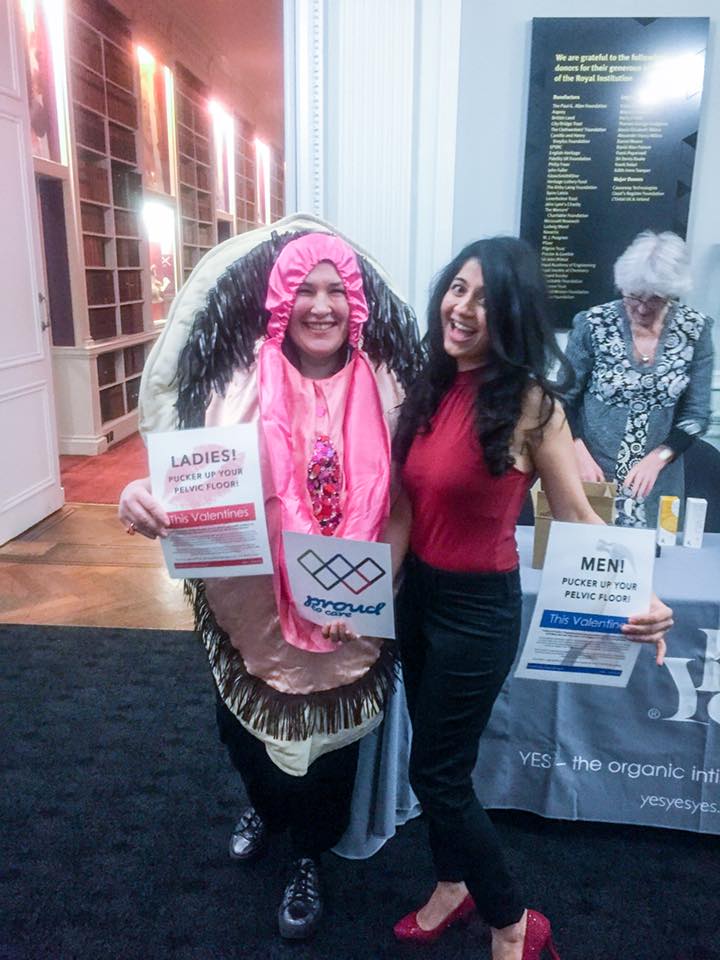 POGP member Miti managed to get comedian and physiotherapist Elaine Miller involved in our Pucker Up Campaign to great effect! 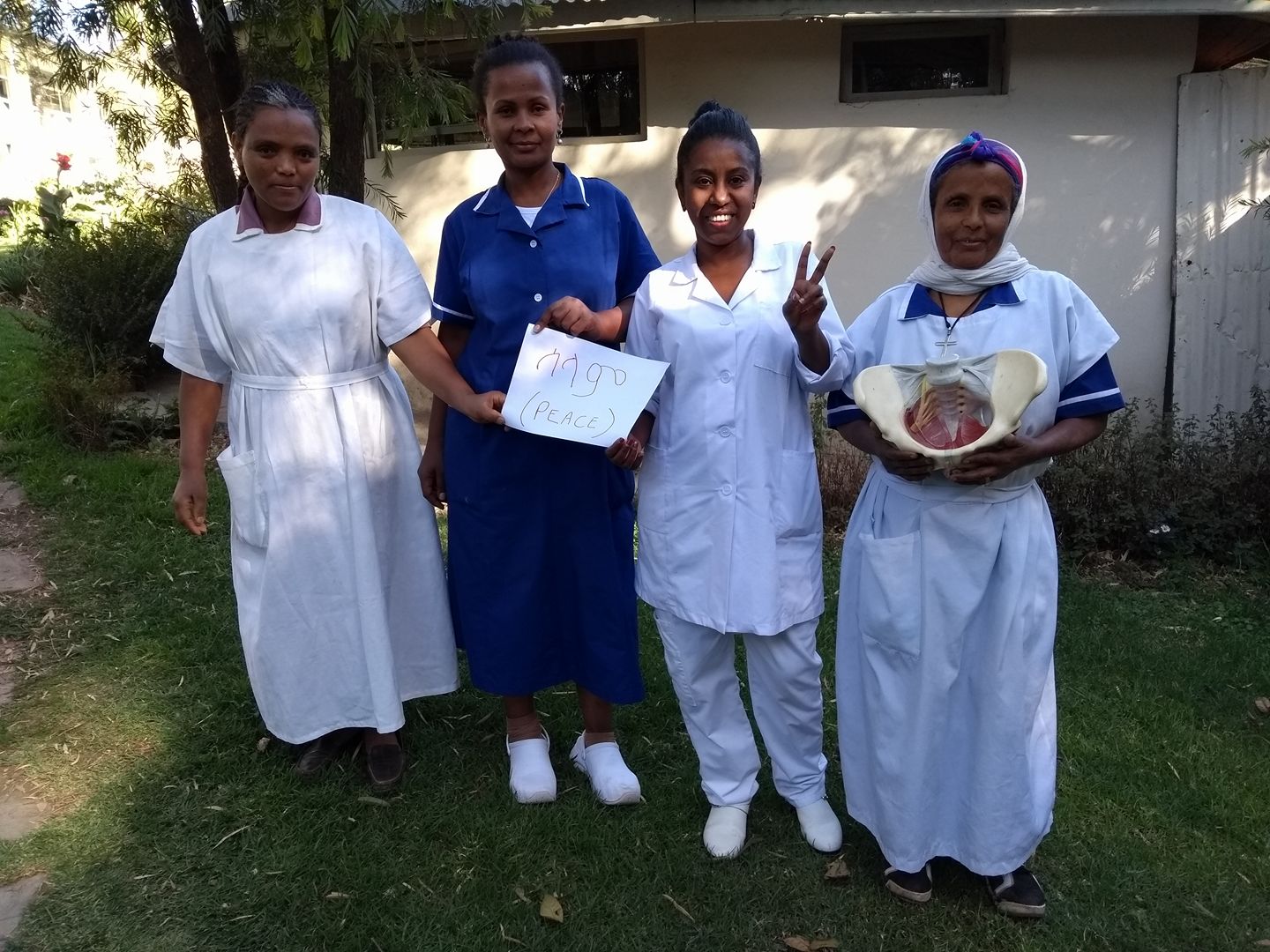 The Pucker Up campaign made its journey all the way to Addis Ababa to the Hamlin Fistula Clinic where POGP member Gill Brooks was onhand to promote the campaign to staff and patients.